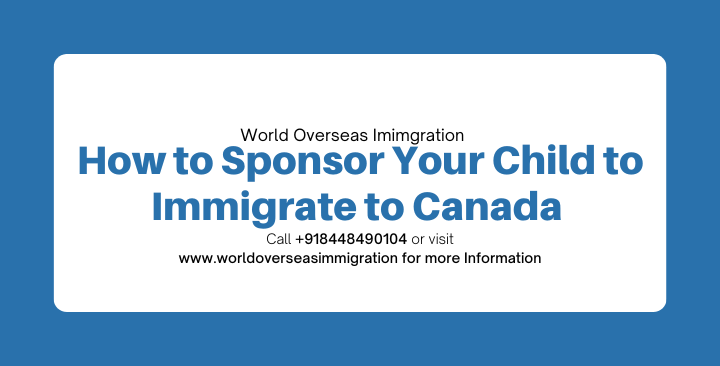 Canadian citizens and permanent residents living abroad can sponsor their child to immigrate to Canada.

To be eligible for sponsorship, a child must be a dependent, which means they are:

If a child is over the age of 22, they may qualify as a dependent as long as they:

To sponsor your child to visit Canada, you must:

Sponsoring a Dependent Child in Quebec

If you want to sponsor your dependent child to come to Quebec, the province has its own immigration procedures and you will need to take additional steps.

You must file and apply with Immigration, Refugees and Citizenship Canada (IRCC) at the provincial level with the Ministre de l’Immigration, de la Franciscane and de l’Integration (MIFI) on top of the Common Application at the federal level. ,

In addition, applicants residing in Quebec must apply for a Quebec Selection Certificate (QSC) and sign an “undertaking” with the province. As a sponsor, the undertaking requires you to meet the basic needs of the dependent child and reimburse the government for assistance provided to the sponsor, if applicable.