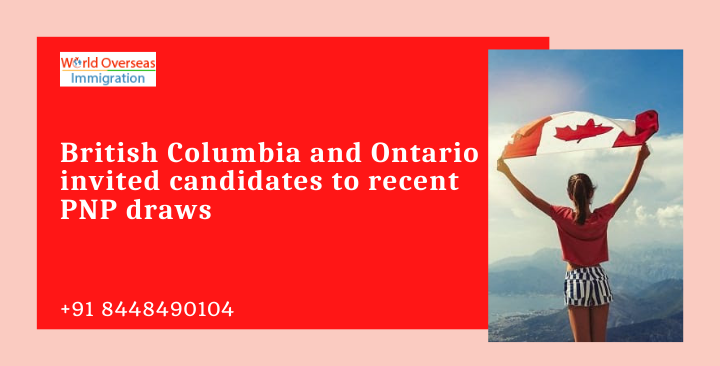 British Columbia and Ontario this week issued invitations to candidates to apply through their provincial enrollment programs.

PNP was introduced in 1998 and now accounts for over 80,000 PR admissions per year. The increase in the number of PNP admissions in Canada is because federal and provincial governments see it as an effective tool to boost the country’s economic development outside of provinces and urban centers with already high immigrant populations.

To be eligible for this stream, candidates must already be residing in Ontario and require at least one year of cumulative paid full-time work experience (or equivalent in paid part-time work) in Ontario in the Minor Group Listed is in a skilled business. 633 or major groups 72, 73 or 82 of the National Occupational Classification (NOC). Work experience must be obtained within the last two years.

Eligible candidates need a valid license or certificate for their trade from an Ontario authority and a Canadian Language Benchmark (CLB) score of 5 or higher in English or French.

On October 4, more than 229 candidates were invited to apply for provincial nominations in British Columbia.

Most of the candidates, 184, were invited to a general draw involving technical professions. Invitations were issued to candidates from Skilled Worker and International Graduate categories and included candidates for Express Entry.

Candidates in the general draw had minimum SIRS scores that ranged between 82 and 120. SIRS works like the Express Entry Comprehensive Ranking System (CRS) but is only used for British Columbia’s PNPs.

The province also conducted invitation rounds for candidates working in the following occupations.

Several factors are taken into account for the BC PNP, depending on the labor force needs of the province. British Columbia considers:

This will be the final draw of October as BC is holding off draws between October 12 and November 16 due to the transition from NOC 2016 to NOC 2021, an updated way of assessing a candidate’s skill level in economic immigration programmes.