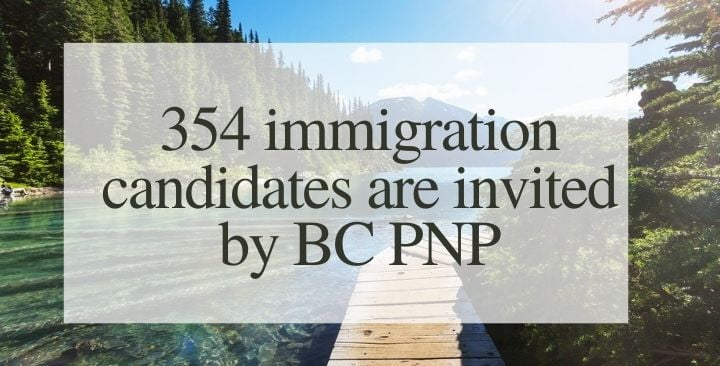 354 immigration candidates are invited by BC PNP

BC PNP issued 354 invitations through the Express Entry BC (EEBC) and Skills Immigration streams.

Candidates were invited under the

The minimum required score for successful candidates was as follows:

BC PNP conducts draws on a weekly basis through its various PNP categories and streams.

To apply for the skills immigration or express admission BC categories, candidates must first create a profile through the online portal of BC PNP and register under its Skill Immigration Registration System (SIRS).

If an applicant is approved, they can use their provincial nomination to apply for permanent residency with Immigration, Refugee and Citizenship Canada (IRCC) under the Provincial Nominee Program (PNP).

Express entry candidates who receive nominations from British Columbia will be given 600 additional points towards their Express Entry Comprehensive Ranking System (CRS) score.