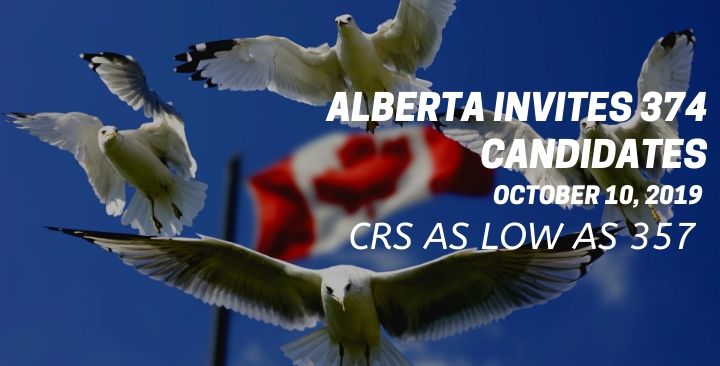 The latest Alberta Express Entry Stream invitation round was conducted on 25th September. 374 Express Entry candidates with a score of 400 and they invited above to apply for a provincial nomination.

Details of the September 25 draw were published today by the Alberta Immigrant Nominee Program (AINP).

The AINP is one of many Provincial Nominee Programs in Canada. The PNP allows taking part territories and provinces to nominate economic immigrants for Canadian PR each year. All the states and territories in Canada that run a PNP have at least one stream that is aligned with the Federal Express Entry Program.

The draw capped a September in which the AINP held three selection rounds via its Alberta Express Entry Stream and invited 852 Express Entry applicants to apply for a provincial nomination.

The AINP conducted 3 invitation rounds in September and invited a total of 852 Express Entry candidates.

You do not need a job offer to qualify for the Alberta Express Entry Stream. However, having a job offer heightens your chances of getting an invitation.

A provincial nomination helps you get 600 points added to your Comprehensive Ranking System Score. This is turn guarantees that you get an ITA to apply for a Canadian PR, as per CIC News.