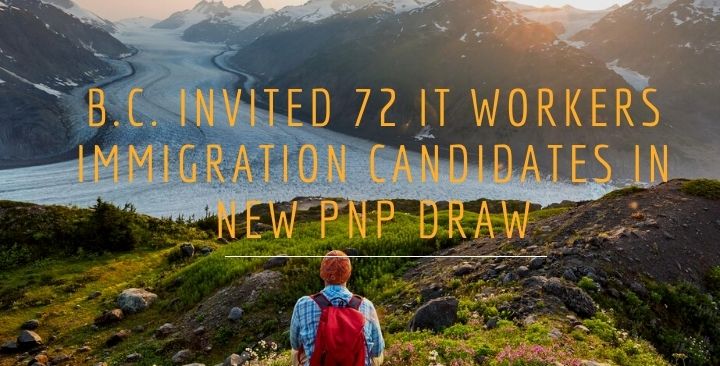 Selected candidates who were from the skilled worker and international graduate subcategories required a minimum provincial score of 80.

The minimum score in the 22 September draw remained in the 80s, as the Tech Pilot draw has been the case since early May.
The BC PNP Tech Pilot is a fast-track immigration route for in-demand tech workers and international students.

The pilot project was launched in 2017 and has been extended several times, most recently until June 2021.

To be considered eligible for this program, candidates are required to be registered in one of the current provincial immigration streams of BC and have a valid job offer of at least 12 months out of the 29 eligible occupations of Tech Pilot.

Applicants are evaluated and a score is issued which determines if they can be invited to apply in the given invitation round. The score is based on several factors such as level of education, years of direct work experience and B.C. employment offer.

Federal Express entry draws are held twice a month and typically invite about 4,000 immigration candidates to apply for permanent residency in Canada.

The latest Express Entry draw, held on 16 September, resulted in 4,200 invitations to apply for permanent residency – the second largest invitation since the system\’s launch in 2015. So far this year, the IRCC has issued 74,150 ITAs and has said that it should continue its efforts to welcome higher levels of new migrants in the coming years and beyond.

So far in September, B.C. It has 6 draws through various PNP categories and streams and around 1,000 candidates have been invited to apply for a provincial nomination.

Candidates invited to apply for nomination have 30 calendar days.