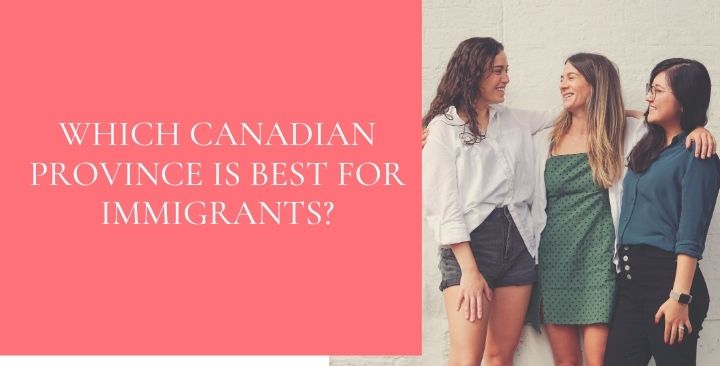 What is a Provincial Nominee Program (PNP)?

Canada’s provinces and territories have local immigration programs called provincial nomination programs or PNPs. The provincial governments created these programs in response to the local labor market and economic needs.

PNP programs create a win-win scenario for immigrants and for the province on the one hand. Immigrants get access to canadian permanent residents and provinces get to fill local labor market shortages.

Most of Canada’s provinces have several pnp options each with their own requirements and application process so if you’re looking for the easiest way to immigrate through a pnp program take a look at what the province is asking for and what you have to offer.

You don’t have a job offer

OINP is one of the more popular options for those without a job offer. You do need to have an active Express Entry profile and work experience in the same NOC code to be considered and invited to apply.

Job offers are also not required to apply in SINP. All you need is an active Express Entry Profile and the applicant must have at least one year of work experience in one position listed on the In-Demand Occupations List of Saskatchewan.

The NSNP Express searches the entry pool and identifies candidates with work experience in specific occupations. While the flow of job market priorities for physicians requires a job offer (specifically, as a physician for the Nova Scotia Health Authority), the demand for Nova Scotia; Nova Scotia Experience; And Nova Scotia’s labor market preferences (other than medical) applicants do not require job openings.

You are a tech worker

Two of the most notable PNP routes for technical staff are operated by the provinces of Ontario and British Columbia.

Ontario periodically dedicates a “take draw” within the Human Capital Priority Stream associated with the Ontario Express entry. These target individuals who have work experience in one of the six designated technology occupations, such as computer engineers and web designers. No job offer required.

Meanwhile, BC’s Tech Pilot, on an almost weekly basis, selects immigration candidates to apply for provincial nomination. The pilot operates within the BC Skill Immigration Pathway. A job offer in one of the 29 designated technology occupations is an eligibility requirement for the pilot.

You have experience in the province or territory

Many PNPs have streams that benefit individuals with experience in the province or region. The Manitoba Provincial Nominee Program (MPNP) in Manitoba streams both skilled workers and skilled labor migrants to privileged people who have worked in Manitoba as well as an educational experience. Within its international education stream, Manitoba has three separate sub-streams for individuals who have studied or graduated from post-secondary institutions in Manitoba.

Outside the French-speaking province of Quebec, there are other PNPs that call for Francophone or bilingual applicants. OINP’s Express Entry-Linked French-Speaking Skilled Worker allows the province to search the express entry pool for candidates who are French-speaking skilled workers and who also have strong English language skills, among other selection criteria. They have activated the stream in the last six months to release 700 information of interest.