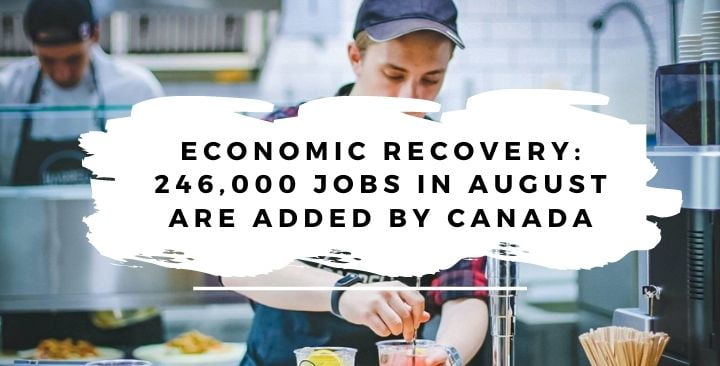 Some 3 million jobs were lost following a lockdown initiated in Canada in March to prevent the spread of coronavirus.

However, more people are now back at work.

\”In the goods producing sector, gains in manufacturing were partially offset by declines in natural resources.\”

While these benefits are very good news for all Canadians, there exist some disparities in the employment picture.
The labor force participation rate for men is now within 0.2% of pre-covid levels, while for women it is 1.3% below pre-covid levels – a sign that many women seek non-employment related activities such as childcare.

Low-paid workers and youth have a February level employment level of only 86.0%, while other workers have almost returned to pre-COVID levels (99.1% of February employment levels). This is entirely driven by the concentration of low-wage employment in industries producing hard-hit services.

As such, there remains much room for improvement. Canada still needs to recover 1.1 million jobs that have been lost since the onset of the epidemic.

However, this new report suggests that Canada\’s economic recovery is moving in the right direction. About 1.9 million jobs have been recovered in recent months. In addition to the 246,000 jobs created in August, another 419,000 were recovered in July, and 1.2 million were recovered in May and June.