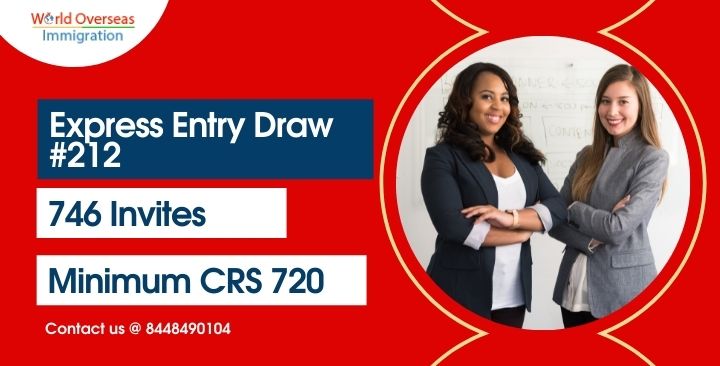 Invited candidates had previously received a nomination through a Provincial Nominee Program (PNP), adding 600 points to their base human capital score. As a result, the minimum cut-off for this draw was 720. (IRCC) has only been holding PNP draws since September—this is now the eighth in a row. IRCC has paused CEC invitations to catch up on its backlog. In the memo, the department has said it wants to cut Express Entry backlogs in half before it considers inviting candidates from other programs. In the previous PNP draw, IRCC invited a record-breaking 1,032 PNP candidates to apply. The minimum score in that draw was 698. Throughout the year, IRCC has only held Express Entry draws that target candidates from the PNP and Canadian Experience Class (CEC).

The strategy was supposed to allow IRCC to focus on admitting immigration candidates who were likely already in the country. Candidates who were applying for Canadian immigration from abroad were not allowed to cross the border for the purpose of activating their permanent residency status until June. It has been one year since Canada held an Express Entry draw that includes candidates from all programs. IRCC has not invited Federal Skilled Worker Program (FSWP) nor Federal Skilled Trades Program (FSTP) candidates since December 23, 2020.

Express Entry uses a points-based system, the Comprehensive Ranking System (CRS), to rank candidates’ profiles. The top-scoring candidates receive an Invitation to Apply (ITA), and can then apply for permanent residency.

Next, an IRCC officer reviews their application and makes a decision. After that, they will ask for biometrics and may set up an interview or request more documents.

If the application is approved, IRCC issues a Confirmation of Permanent Residence (COPR). Approved permanent residents can then complete the landing process. If they are outside Canada, they can access pre-arrival services to help them with the first steps for settling in Canada.