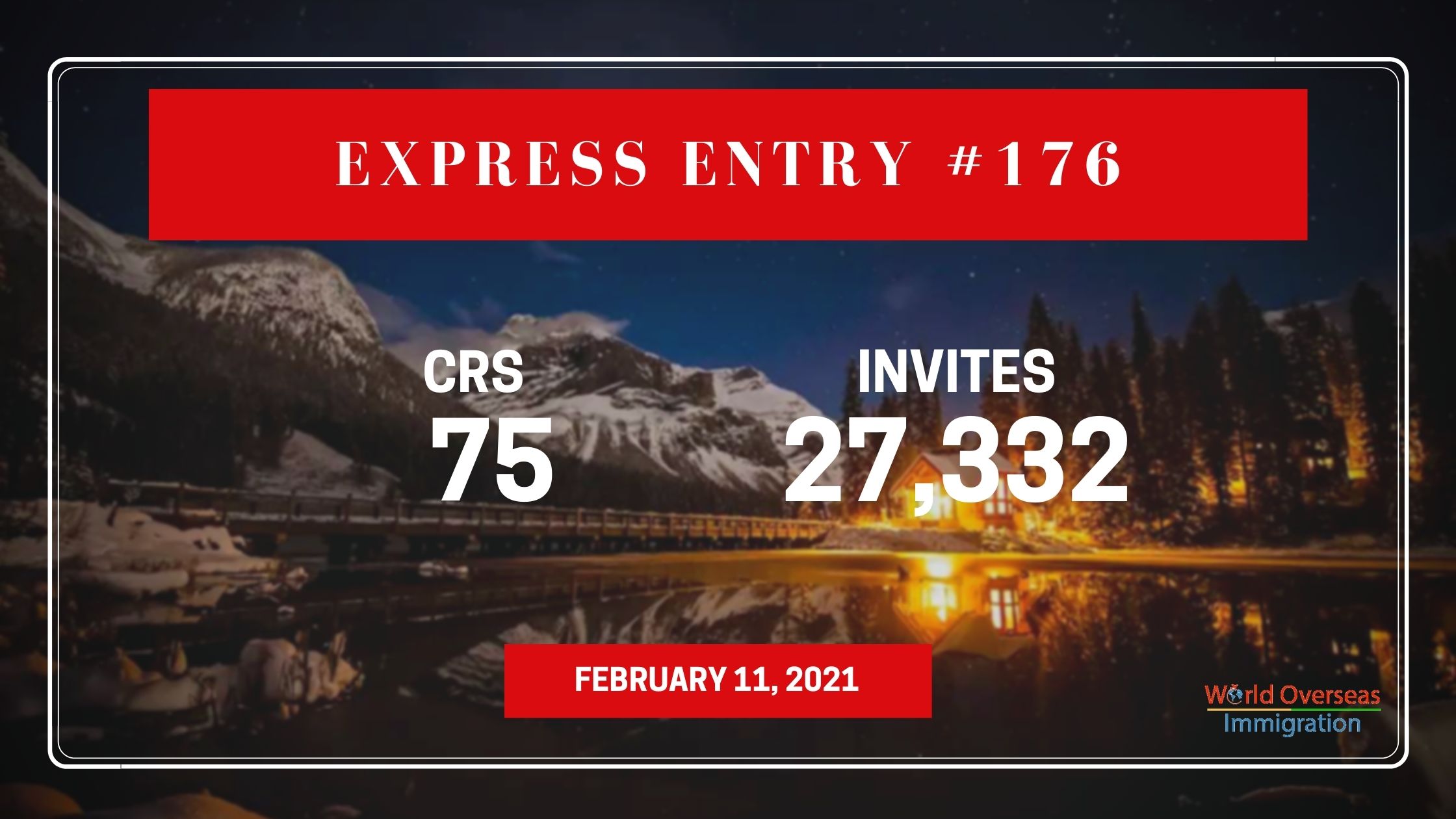 This was the second invitation round held in two days. The minimum Comprehensive Ranking System (CRS) score in this round was 75.

A total of 27,332 candidates are invited by Immigration, Refugee and Citizenship Canada (IRCC) in the February 11 draw and they needed a minimum score of 75.

Today’s draw was almost six times larger than the largest Express Entry draws ever (5,000 ITAs were issued in four straight draws between November 18 and December 23 last year). Prior to today, the lowest CRS cut-off requirement ever was 199 points in the May 16, 2017 draw which only invited Federal Skilled Trades Program candidates. Express Entry was launched in January 2015.

In the Express Entry system, eligible candidates for the FSWC, FSTC, CEC programs, and some Provincial Nominee Program (PNP) candidates are scored based on the Comprehensive Ranking System, or CRS.

Immigration Refugees and Citizenship Canada (IRCC) applied a tie break rule in today’s draw; candidates had to have submitted their profiles before September 12, 2020 at 15:31 UTC.. This means that all candidates with CRS scores above 75, as well as those with scores of 75 who entered their profile in the Express Entry pool before this date and time, received an ITA.

While a job offer is not required in order to be eligible under the Express Entry system, the CRS does award additional points to candidates who have one.

Candidates who receive a provincial nomination through Express Entry get an additional 600 CRS points which essentially guarantees they will obtain an ITA.

The return to PNP- and CEC-specific draws is a strong sign that IRCC will rely heavily on Express Entry candidates currently in Canada to try and achieve its immigration targets for 2021. At the same time, it does appear strongly likely that FSWP and FSTP candidates will also be considered for Express Entry draws in 2021, even during the coronavirus pandemic. Last year, IRCC held PNP- and CEC-specific draws when the pandemic began but ended 2020 by holding numerous all-program draws, enabling FSWP and FSTP candidates to also obtain ITAs.