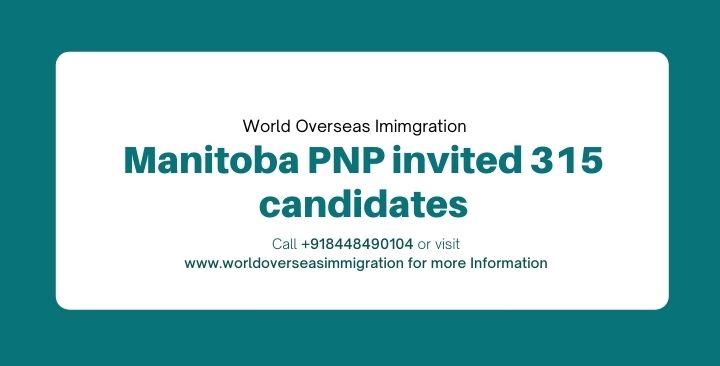 Among these invitations, 69 were issued to candidates in the Express Entry system.

Manitoba manages its immigration programs through the MPNP, which supports immigration applications to the federal government. Canadian provinces do not have the ability to give out permanent residency status, but they can help an application along by issuing provincial nominations.

If you want a nomination from Manitoba, you need to register an Expression of Interest with the MPNP. This puts you in a position to receive an LAA through the Skilled Workers in Manitoba and Skilled Workers Overseas streams.

Manitoba then ranks candidates out of 1,000 points for their human capital factors, as well as their connections to the province.

The Skilled Workers Overseas Category and Skilled Workers in Manitoba categories are designed to allow the province to identify candidates who meet its labour market needs.

Candidates overseas need to demonstrate connections to Manitoba through the likes of close family ties, previous experience in the province, or an invitation through one of Manitoba’s Strategic Recruitment Initiatives. You do not need to be living in Manitoba at the time of your application to be eligible. In order to receive an invitation under the Skilled Workers in Manitoba category, you need to have a full-time job offer from a provincial employer.

International graduates who complete their education in Manitoba can receive an invitation under the International Education Stream if they can demonstrate that they have in-demand skills.