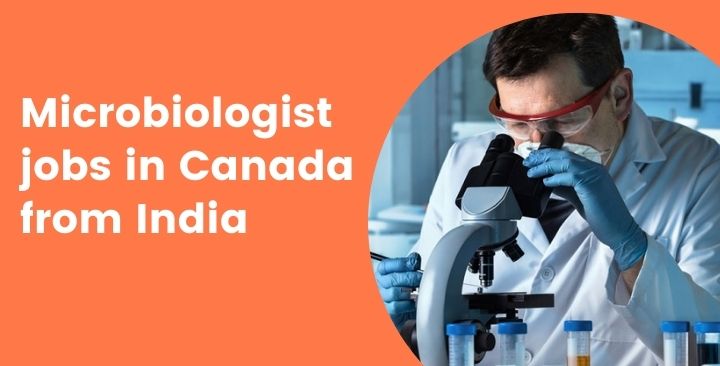 Microbiologists are in huge demand in Canada, if you are working as a microbiologist and looking for overseas opportunities, Canada is best choice. Candidate can move to Canada under Canada Permanent resident visa which is called Canada immigration. This is the only way to work and settle in Canada for long run. Microbiologists study the growth and characteristics of micro-organisms, such as viruses, bacteria, fungi, and parasites, and how they interact with the environment. Microbiologists develop medical and industrial applications in fields such as the food processing industry. Medical Microbiologists on the other hand understand the role of these microbes in diseases and the antibiotics which control their activity.

How can I become a Microbiologist in Canada?

The NOC code for Microbiologist and Biologists is NOC 2121. To work in Canada, candidate must have BSC or MSC in microbiology. They must write the RMCCM examination also to work as licensed microbiologist.

What is the demand for microbiologists?

The demand for microbiologists in Canada is increasing day by day it has grown to 5% from 2020 to 2030, slower than the average for all occupations. Almost 2,000 job openings are increasing for microbiologists each year.  They have very high demand in all the sectors like Labs, Universities, research institutes and industrial companies, to investigate microbes in fieldwork.

Average Salary of Microbiologist in Canada

This group performs some or all of the following duties:

Microbiologists and cell and molecular biologists

Are you interested in immigrating to Canada, but not sure how to do it? Whether you want to make Canada your temporary or permanent home, it is important to get access to the most up-to-date information. World Overseas Immigration provide you best guidance, if you have any query you can fill the side bar form or you can call or whatsapp us on 8448490104 or just mail us your query at info@worldoverseasimmigration.com

World overseas immigration consultancy’s office is in South Delhi, Malviya Nagar. You can come to the office directly for any immigration process query. But it will be beneficial for you to complete your Free Visa Assessment before the meeting. So that the consultant has all the knowledge about your profile and he can guide you properly.