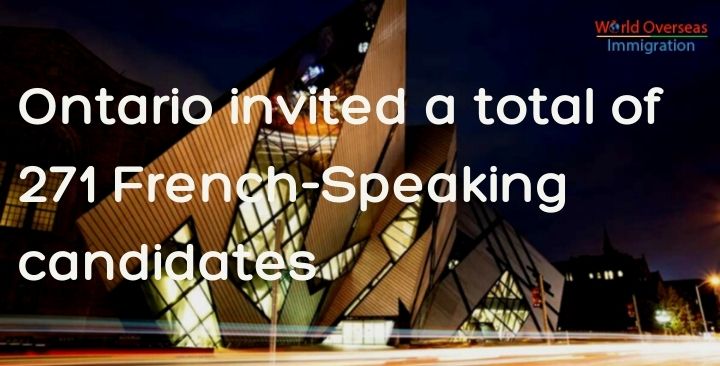 The Ontario Immigrant Nominee Program (OINP) issued the invitations to 126 candidates through the French-Speaking Skilled Worker (FSSW) stream. The candidates are required to have need a profile in the Express Entry System with a Comprehensive Ranking System (CRS) score between 455 and 467.

The province drew from the Express Entry Pool of candidates who profiled between March 3, 2020 and March 3, 2021.

Invited candidates now have 45 calendar days to send in their application for a provincial nomination from Ontario.

The draw was slightly shorter than the previous FSSW draw on 13 January, when the province issued 146 invitations. The new draw brings the total number of invited candidates to 271 in 2021.

The first step in becoming eligible for an invitation through the OINP Tech draw is to create a profile in Canada’s express entry system.