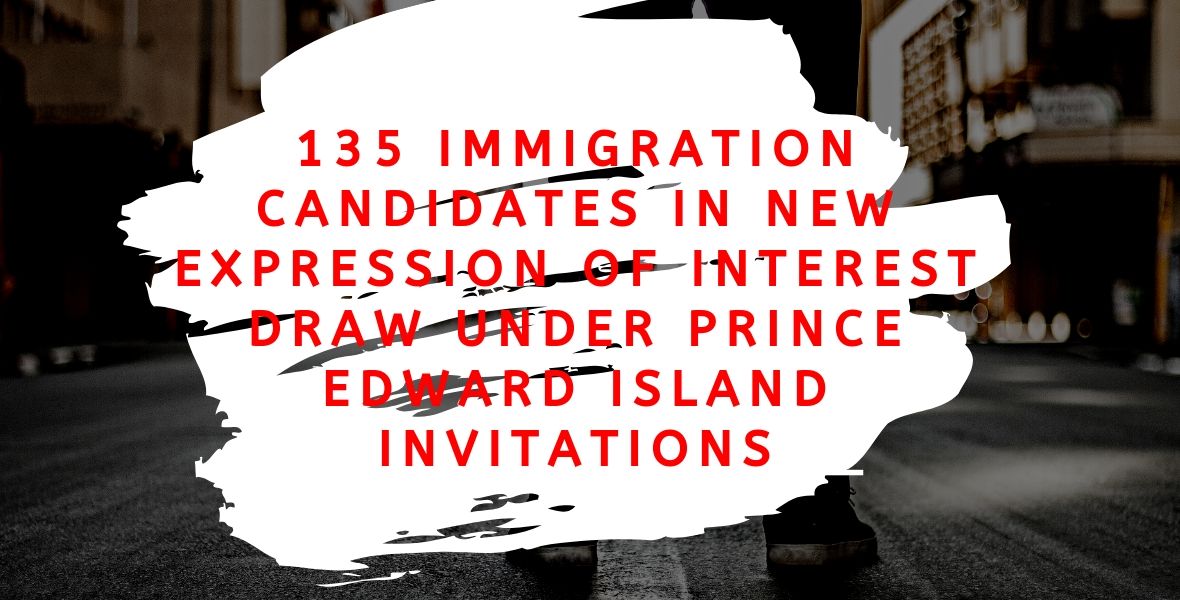 On 18th July, Prince Edward Island issued 135 new invitations to immigration candidates those who have applied for Express Entry, Labour Impact and Business Impact categories in a new draw held.

The invitations were issued by the province’s immigrant nominee program, the PEI (Prince Edward Island) PNP. Prince Edward Island (PEI) is Canada\’s smallest province located on the east coast of North America. PEI offers rewarding career opportunities and a business community that is supportive of entrepreneurs.

There are 3 different streams under the PEI province program:

Prince Edward Island, commonly referred to as PEI, is one of nine Canadian provinces that take part in Canada’s Provincial Nominee Program (PNP).

Candidates in the federal Express Entry system who receive a provincial nomination receive an additional 600 points toward their Comprehensive Ranking System (CRS) score and are effectively guaranteed an invitation to apply for Permanent Residence visa to Canada.

Applicant for the streams must be working in PEI or have an eligible full-time, long-term job offer from an employer in the province, among other criteria.

Candidates in the PEI PNP’s Express Entry and Labour Impact categories who received an invitation can apply for a provincial nomination for Canadian permanent residence.

If the Applicant wants to get an Invitation to apply for PEI PNP in order to be considered for immigration to PEI through its Express Entry, Labour Impact and Business Impact categories, interested candidates should first submit an Expression of Interest to the PEI PNP.

An Expression of Interest (EOI) is not an application but a way to show interest in the particular province and to notify them in the PEI PNP that the candidate would like to be considered for a provincial nomination.

Eligible candidates for each category are entered into a pool and assigned a score based on the answers provided in their EOI.

The highest-ranked candidates are then invited to apply (ITA) through monthly draws from each pool.

The PEI PNP does not provide the minimum score for Express Entry and Labour Impact candidates in the July 18 draw.

The minimum score for Business Impact candidates was 112.