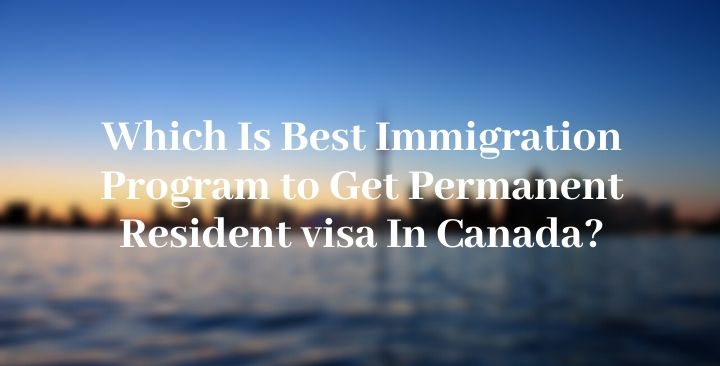 Which Is Best Immigration Program to Get a PR visa In Canada?

With permanent residency, you are legally free to live anywhere in Canada and authorized to work, as long as you wish. You can change employers, move between provinces, and sponsor your spouse, partner, and dependent children to meet you – although you probably won’t even need to sponsor them, because many PR immigration. The programs allow you to bring your family with you in your initial application. !

Which is best immigration program for Canada PR?

There are many different immigration routes for those wishing to become permanent residents of Canada. Check out our guide on Canadian immigration options to understand what the best option is for you.

How we can apply for Provincial Nominee Programs?

The Provincial Nominee Program, or PNP, empowers nine Canadian provinces and two regions to select migrants who meet the needs and priorities of the local labor market. The IRCC provides each province and territory with an annual allocation of nomination for permanent residence in Canada that is distributed through streams tailored to their specific labor market needs.

The candidate will need the specific Canadian province they wish to transfer through the provincial nominee schemes (as noted below):