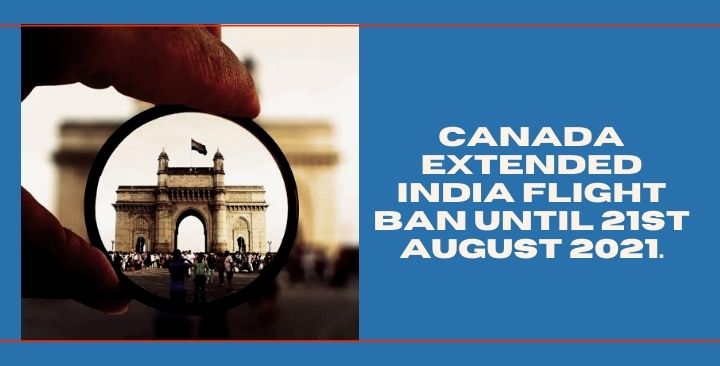 The restrictions have been extended one more month until 21st August. The ban was initially in place for 30 days but it was extended once for Pakistan and then lifted last month on June 21. All passenger and business flights from the two countries were suspended. Meanwhile, the Canadian government has announced it is easing travel restrictions on fully-vaccinated tourists beginning in August.

The relaxed travel rules come amid Canada’s recent success in fighting COVID-19. The country now enjoys one of the highest vaccination rates in the world with some 80 per cent having received one shot and over 40 per cent being fully vaccinated. In addition, case counts last week were in the 400-per-day range compared with a peak of over 9,000 per day in April 2021. This has also allowed provinces across the country to reopen and reduce their social distancing requirements.

Canada is pursuing its most ambitious immigration targets ever. Beginning this year, it is seeking to welcome over 400,000 new immigrants annually to support its post-COVID economic recovery.

Express Entry is a points-based application management system for the three Federal High Skilled programs, which include the:

You will get a score based on the Comprehensive Ranking System (CRS). The CRS awards points based on skilled work experience, education, age, official language skills, and other factors. IRCC holds regular rounds of invitation, issuing Invitations to Apply (ITA) for permanent residence to the highest-scoring candidates.