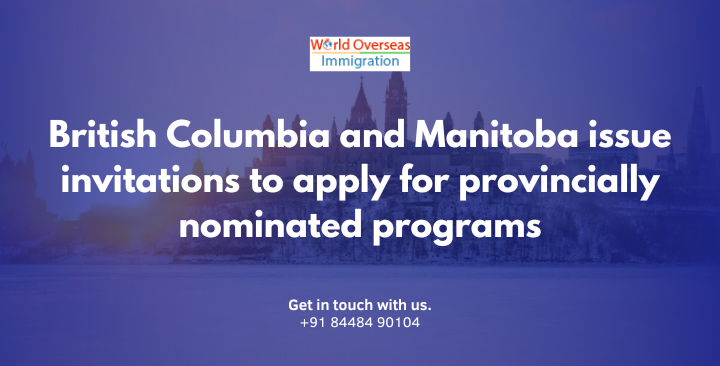 British Columbia and Manitoba have issued invitations to apply to candidates through their most recent round of Provincial Nominee Program (PNP) draws.

Most Canadian provinces and territories (except Quebec and Nunavut) operate their own PNPs. Through these programs, interested candidates may be invited to apply for provincial nominations. Obtaining a provincial nomination can be beneficial in obtaining permanent residency.

British Columbia issued 163 invitations to apply to candidates in a general draw on January 4, which included technical occupations.

Invitations were issued to candidates in the Skilled Worker and International Graduate categories and included Express Entry candidates and entry level and semi-skilled candidates.

Manitoba invited 280 candidates through the Manitoba Provincial Nomination Program on December 29. To receive an invitation, candidates must meet a baseline of criteria specific to their program. Overall, provinces invited:

Of all those invited to apply, 21 had profiles in the Express Entry system.

The province will continue to process all Expression of Interest (EOI) received before November 16 under NOC 2016. Any EOI received on or after 16th November will be evaluated under NOC 2021.