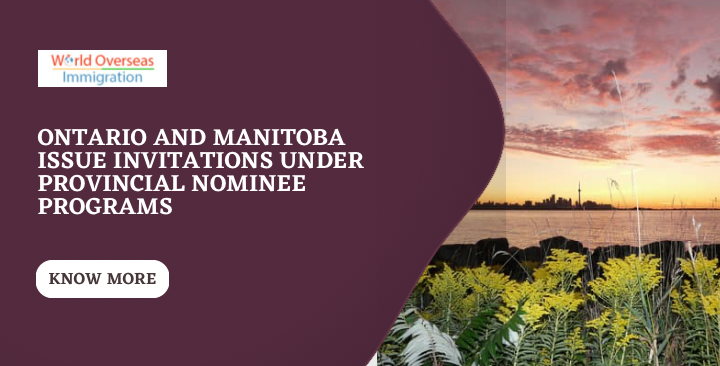 Ontario and Manitoba this week issued an invitation for candidates to apply through their Provincial Nomination Program (PNP).

On December 21, Ontario issued 725 letters of interest to candidates in the master’s graduate stream of the Ontario Immigrant Nominee Program (OINP).

To be eligible for this stream, candidates must satisfy the baseline eligibility criteria such as the following:

Ontario is Canada’s most populous province and welcomes the largest number of newcomers each year. It also has the largest allocation of invitations available to apply under any PNP in Canada. For 2022, Ontario was able to issue invitations to 9,750 candidates. The province announced on 22 December that it had invited the maximum number of candidates allocated for the year.

The province says new applications, and applications already submitted to OINP, will continue to be accepted and considered under the program’s 2023 enrollment allocation.

Manitoba invited 16 candidates on December 29 through special immigration measures implemented by Immigration, Refugees and Citizenship Canada (IRCC) in response to the situation in Ukraine.

To receive nomination for the Manitoba Provincial Nominee Program (MPNP), candidates must meet the following criteria: