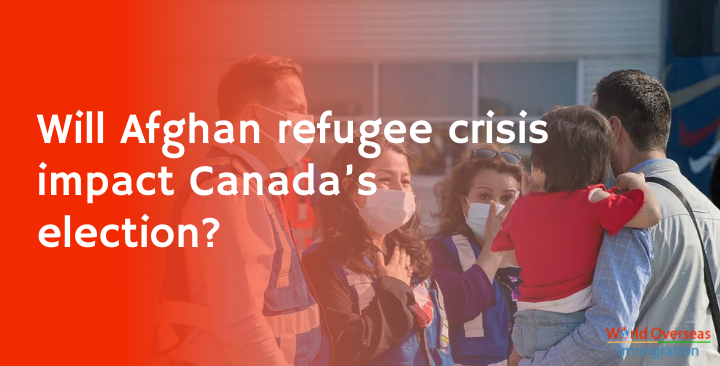 As the Taliban retake control of Afghanistan, the Canadian government has launched several programs to help Afghans move to Canada.

The government has created a special immigration program for Afghans who helped Canadian troops.

On Friday, two days before it called an election, the governing Liberal Party of Canada also committed to resettling 20,000 refugees fleeing Afghanistan.

Canada is looking to act fast in order to offer any meaningful help to Afghans fleeing the Taliban. The first plane of the new government-assisted refugees arrived on August 4. The new arrivals had been screened for admissibility (health, security, and criminality) as well as COVID-19.

The unfolding situation in Afghanistan may prove to be a major campaign issue leading up to the Canadian election set for 20th September.

There are parallels between the attention currently being drawn to this story in Canada with the attention garnered by the Syrian refugee crisis leading up to the 2015 Canadian election.

In September 2015, the hearts and minds of Canadians were captivated by the heart-breaking image of three-year-old Alan Kurdi’s body washing to shore as his family sought to escape the war in Syria. Public opinion galvanized the Liberals to commit to welcoming at least 25,000 Syrian refugees and a month later they were voted into a majority government.

This time around, Canadians woke up this past weekend to images and stories of the Taliban reclaiming control of Afghanistan. This included shocking footage of Afghans falling from the airplanes they were hoping would take them to safety.

Unlike 2015, the Canadian government has already made a pledge going into the 2021 election to assist refugees affected by a crisis currently consuming the minds of Canadians. However the gravity of the situation in Afghanistan will compel opposition parties, namely the Conservative Party of Canada and the National Democratic Party (NDP) to outline what they will do to address the humanitarian crisis in Afghanistan should they form government following the upcoming election.

Although foreign policy and immigration issues rarely impact Canadian elections, the situation in Afghanistan will likely garner significant political attention leading up to the September 20 vote.